It’s a beautifull day, the sun is shining I feel good and no one’s gonna stop me now, oh yeah !

Spring has really set in in the Netherlands and it was about time too. Helps with my jogging routine for sure (yes I went again yesterday) and just my general wellbeing. I’m just not a fall or winter type, I try to make the best of it but spring & summer are the best times for me !

We’re going away for the weekend with our holiday friends, so cool, we met about 12 years ago and kept in touch even though we live quite a bit apart. We see each other only a few times a year and we go away for a weekend once a year since we have kids, it started with coupons we got when the babies were born and it’s a great tradition ! Problem is it is getting harder to find a park with vacation bungalows that are big enough as we want to be in one bungalow together… 6 adults and 7 kids so we need a BIG one !

Since this weekend is a national party for the Netherlands (Queensday) we will be going to a nearby village to celebrate & score some good 2nd hand stuff (which I traditionally do at 6.00 am but can’t since we’re over there). And since on the coast I’m hoping for better weather than the last time (storm) we were there so I can make some great pics by the beach ! I am so looking forward to this weekend as we’re not going away on holiday after this (we’ve already been to Austria for a ski vacation) so we all look at it as our mini summer vacation !

I’m also trying to get the girls interested in Scrapbooking so I opted we could make something this weekend while the guys play their traditional cards game …. We’ll be making a canvas, so I have to pack for that too and that’s so hard, what to bring what not too bring … phew I will have to decide tonight ….. Also someone from an msn group I belong to lives close by and we wanted to meet in person and she’d like to crop too, maybe we’ll go to the LSS and I’ll let them pick out their own supplies and then I’ll only have to bring the tools & ink etc. ….
Did I mention I’m looking forward to this weekend 😉

For the people who don’t know what queensday is, here’s a quick recap (as found on wikipedia, the online dictionary):

Queensday is an Dutch holiday, celebrated mainly in Amsterdam on the 30th of April. The 30th of April is the birthday of the Queen-mother, Juliana, and has been a public holiday since 1948 when she became queen of the Netherlands. When she abdicated in 1980, in favour of her daughter Beatrix, the latter decided that Queensday would still be celebrated on the 30th of April and her own birthday was to be a family party only. Good thinking, because the 31st of January is usually much too cold for a street party.

Traditionally, Queensday has been regarded as a “freemarket” day, meaning that it was allowed for everyone to set yourself up as a market salesman or woman, and sell watever you had to sell. A homemade fleamarket so to speak. Since commerce increasingly took over in the last few years (‘real’ businesses setting up big stands and spoiling the spontaneous atmosphere), the rules in most towns have been tightened somewhat. As a result of this, it is technically not allowed to do “serious” business on this day and in some places, for example the Vondelpark in Amsterdam, only children are allowed to display their entrepeneurian, musical, inventive or whatever talents, or lack thereof.

From as far as a week before Q-Day you will see mysterious squares and X’s appear on streets and bridges. These are people’s favourite spots, ‘occupied’ beforehand. In the past people would be on their spot from about midnight (and sometimes even earlier) but the new regulations put a stop to that as well and no one is allowed to do anything until 8 in the morning. Of course we are all law abiding citizens here, so it can happen that a boat with a rubber trumpet band on board comes sailing past at 4 in the morning. Or you run into a big party that just happens to be there…

The day itself usually starts slowly. As it’s the early bird that catches the worm, it could be worth your while to start browsing the stalls before breakfast starts. Plenty of goodies for sale at ridiculous prices, and the chance of your life to find things you’ve been looking for for years and that one special whatchamacallit you never even knew you wanted. If you watch carefully, you can tell people who are just there for the fun of it from the fanatics wanting to make a hard sell, and maybe get an even bigger discount after a friendly chat.
Plse feel free to add on any relevant info that is missing in the above explanation. 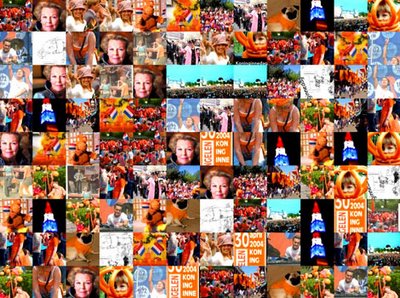 (Foto is courtesy of http://www.anjazwebplace.nl)

Have a good one everybody !!