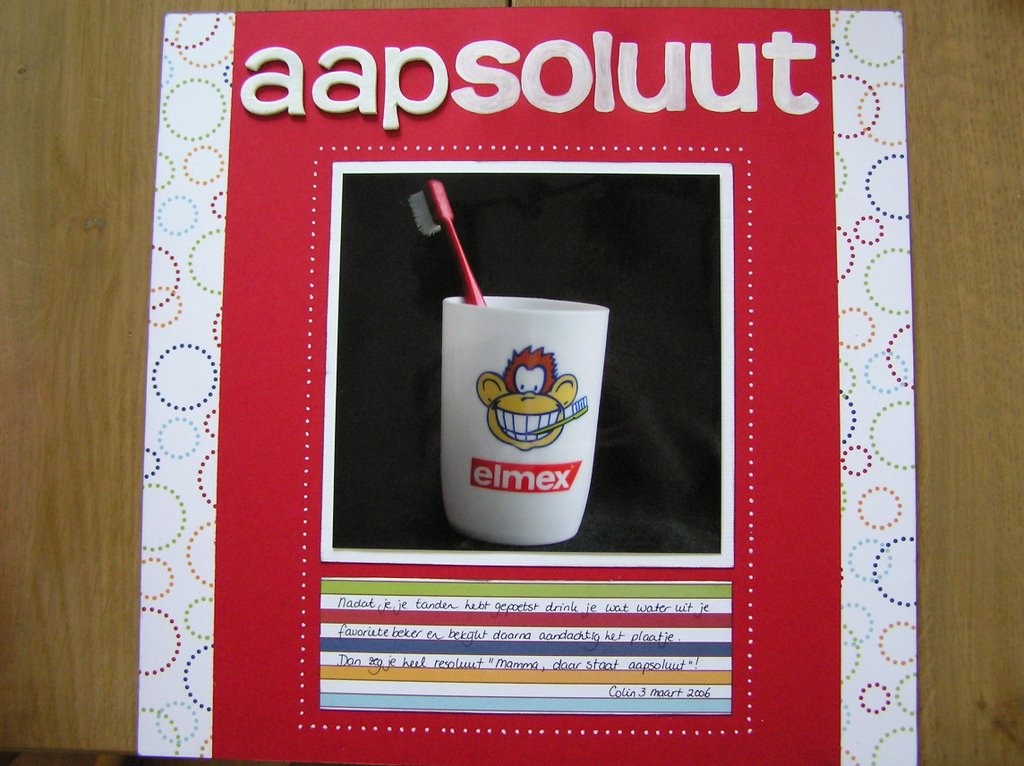 I was going to work on another LO but I misplaced a photo so I couldn’t work on that one. So instead I worked on effer dare # 18: 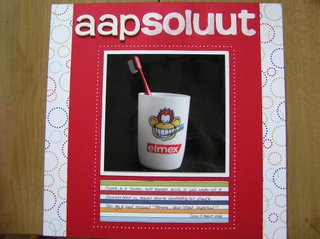 I’ll try to explain the journaling as the title is hard to explain in english (yes I did one in dutch !). Journaling: After you’ve brushed your teeth you’re drinking some water from your favourite cup and very focussed on the picture. Then very seriously you say: “Mommy this says aapsoluut “!(aapsoluut : aap = monkey, absoluut = absolutely) Colin, March 3rd, 2006.

I thought it was so funny and believe me in dutch it is !

Tommorow I’ll give the other LO a go. TFL !