Family by dtmslingerland30 juni 200721 april 2020
Isn’t it great that kids have such great imaginations ? And boy do these parents have tooo LOL.
Theme of a summerparty @ Colin’s creche was fairytales and we had the hardest time thinking up a “costume” for this. He changed his mind a few times big bad wolfe, one of the 7 goats, Little Poucet (which we were hoping since it was the easiest to realize ) but decided for the latter the night before (yeah). But… next morning guess what happened, yep he changed his mind again. He was going to be one of the 7 goats …. So how do you make a goat with about 1 hrs notice you might ask ? With imagination and some special make-up …. check this out ! 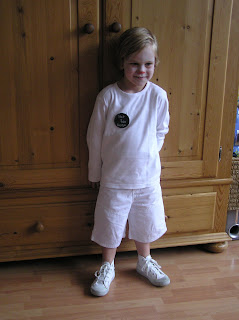 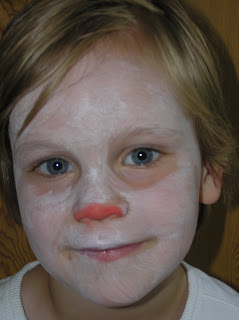 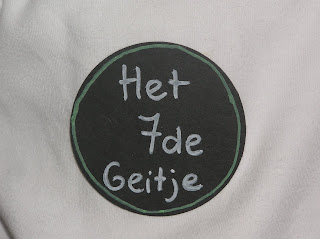 Oh and then in the afternoon, we had another rush job as Michael thought it would be nice to dress up too. So when he said big bad wolfe, I suggested the puss in boots and he went for it (thank god because it was an easy one to realise), so again a little imagination and special make-up … check this out ! 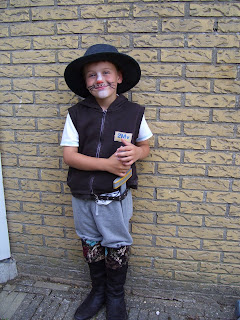 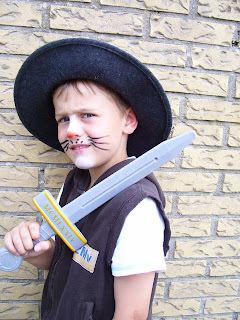