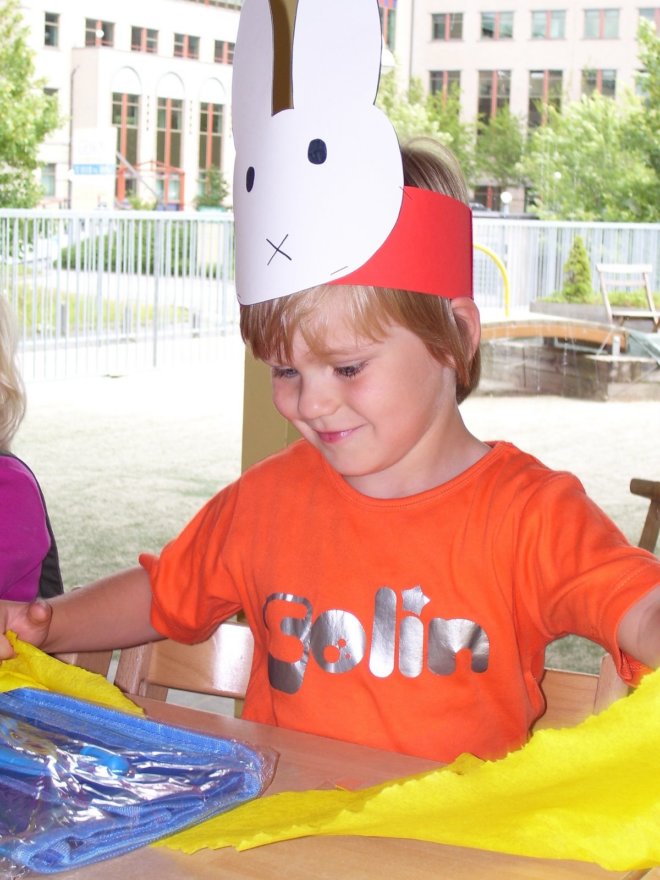 growing up and goodbyes

I’ve been a bit busy uploading all the new stuff in the shop (Cherry Arte Morocco, Basic Grey Infuse and some more stuff I had lying around but hadn’t gotten around to uploading.), still purging the scrapsupplies (you can’t give out RAKS if you don’t know what you have and what you don’t want anymore, so I’m getting closer to sending those out !).
On the subject of scrapsupplies, how do you store your different chipboards ? Would love a tip on that !

Last Friday was the last day of school for all of us. The summer holiday has officially begun, although the weather makes it feel more like an autumn holiday 😉

Michael had awesome scores on his cito toets (a competence test they do every year in elementary school) and his report card was so good, there was no doubt he was going to group 3. So goodbye to kindergarden for Michael, hello grade 1 !He’s growing up fast and is fighting for his position in this household as a bigger & older boy. We are trying to give him this, he gets to stay up later (actually this is usually only 15 min. longer as he needs a lot of sleep but he thinks it’s way cool he get’s to hang out with us in his pj’s when Colin goes to bed) and we raised his bed up to the highest level (he’s so into levels and points ….) and moved some furniture around so his room seems bigger now, just like him… Oh and he’s totally rediscovered his camera and cannot stop taking pic’s, I must say he’s better at keeping it still so less blurry pic’s ! Colin had his last day @ the creche today and is all ready for his holiday before he goes to kindergarden/grade 1. He’s already been twice and said he wants to go to school forever, hehe that will change 😉 His teacher said he had a blast, no problems and loved the part where they all sit in a circle and chat, hmmm now how come that didn’t surprise us.
It was quite emotional for me this morning bringing him for the last time and I was quite stressed yesterday sorting everything out; pressies for the wonderful creche minders and the kiddies. He wanted to give the all creche minders some cakes so I bought chocolate and strawberries (which somehow he WANTED to have too as he loves telling everyone Bubbah is allergic to them) guess which one was finished off first LOL. For the kiddies we had ice cream, whipped cream and lot’s of yummy stuff to decorate with. The prezzies were little wooden figures that bend (you know the kind where you push in the bottom part and they go all bendy ?) and his current fave cookies langnekken (chocolate covered sticks) in a paperbag with a fun photo and message from Colin. He had a blast and I have some great pic’s to prove it, still need to be downloaded though.